To make an animated tile for a student made video

Our Grade 5’s made a video about Student Vote 2012. They decided to make an Animated title using Stop Motion Studio HD

Stop Motion Studio is a user friendly app that enables students to make animated videos. iPads can be set up for one user or a group of users to create the animation. SOme of the features are as follows:

This app has JUST been updated (June 2012) and it is now even easier to use. 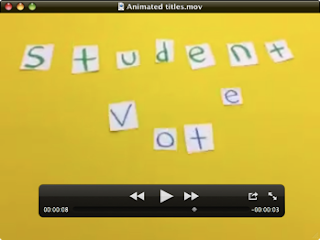 Other Websites and Blogs